There is a lot of debate about non-native English speakers in the ESL industry. It’s a tough topic, someone always seems to get offended. Here’s a look at what really matters, and who’s right.

Many ESL jobs that are posted sites have a specific requirement for non-native English speakers only, leaving those with excellent English language proficiency out in the cold, without even being given a chance to prove their worth.

So what is the reasoning behind this?

And are those reasons enough to discount a whole group of people based on where they were born?

Firstly many countries have work visa prerequisites that include such things as age, qualifications and nationality. So for many teachers they may miss out because they are too young or too old, without even getting to the nationality part.

While many non-native English speakers are disillusioned when they see job advert, after job advert all requiring teachers from specific countries, it must be understood that this a visa requirement in many countries that the school or recruiter has no ability to change.

Of course it’s not always just visa requirements that specifically require certain nationalities or qualifications from particular countries. There is also client expectations and school requirements. Clients and schools want the best teachers they can afford, and often equate this to teachers being from Canada, USA, UK, New Zealand, Australia or South Africa.

However, we know this is not always the case.

We live in a transient world, where many people travel freely and set up home in other countries. Many countries advocate bilingual education, so children grow up speaking two or more languages, often to native level proficiency.

They may travel extensively, so become adept at understanding the intricacies of the language and common slang. So it seems the countries who are dismissing teachers from the majority of the world are actually missing out on skills and knowledge that would actually be beneficial for their citizens.

Often one of the points brought up in this debate is the uncomfortable topic of accent and fluency. Some say it is not important, that non-native English speakers seem to generally have a better understanding of grammar and spelling and that is what counts.

Unfortunately, accent and fluency does matter, but not in the way that many seem to think. It is true that even in the United Kingdom alone there are dozens of different accents, so what kind of accent are people wanting when they want a British teacher?

Often none specifically, but what that are looking for is someone that can speak clearly, and be understood by students. If someone applied for an English teaching position and they had a strong Scottish accent that was hard to understand, any good school would offer the position to someone else.

Fluency is also important when teaching a language to others. There is always going to be slang or words that a native speaker doesn’t know; however generally they have an ease about the way they speak and are able to adapt quickly to changes in common words in usage.

Native speakers in any language often know when someone is not a native English speaker, whether it be because of little mistakes, hesitation or using formal language when informal would normally be used, or vice versa. This does not devalue the non native speakers skills!

Being almost fluent in another language is an amazing skill.

No matter whether native speakers or non native speakers, people often tend to believe their language skills are better than they really are, which puts employers in a difficult position. We’ve all heard native speakers that we can barely understand who would tell you they have perfect English. But do they really? We’ve also seen many job applications from non-native English speakers that are unreadable due to spelling, grammar and syntax errors.

So what is the answer? What can be done?

Sometimes nothing can be done in the short term. As previously mentioned, some countries have particular visa requirements which restrict entry to particular groups. In the long term hopefully these countries will come to see the worth of good English teachers, no matter their origin or when they learnt to speak English.

The TESL/TEFL community should stop pitting non-native English speakers against NES each other, they should celebrate excellent teachers. Teachers who have the appropriate skills and qualifications, and yes that includes accent and fluency but it also includes grammar, spelling and a great teaching style.

Optimistically going forward job position requirements will be about skills and qualifications first, rather than where a person was born.

TESL/TEFL is a progressive industry, so with guidance clients and governments will with luck, see the benefits of hiring the best person for the role not necessarily the NES with the right passport.

Teaching English Online and Coronavirus – Why You Should Take Advantage

8 Easy Side Hustles for ESL Teachers 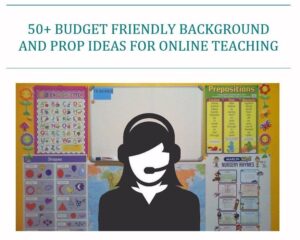 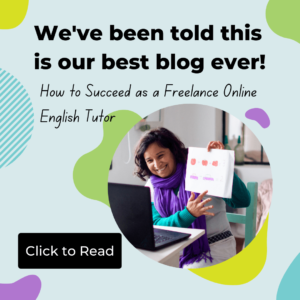 Enter the US Earnings and Select Your Currency